Confession Of An Old Lady (Joke)


Confession Of An Old Lady (Joke)

The elderly Italian woman went to his parish priest and asked if the priest would hear her confession.
"Of course, my child," said the priest.
"Well, Father, at the beginning of World War II, a handsome man knocked on my door and asked me to hide him from the Germans; I hid him in my attic, and they never found him."
"That's a charitable and wonderful thing you did, my daughter, and nothing that you need confess." said the priest.
"It's worse, Father." Groaned the old woman.

"I was weak, and told him that he had to pay for rent of the attic with... ah... romantic favors," She continued, embarrassed. "You see my fiance had died in the war some years ago, and I was lonely." 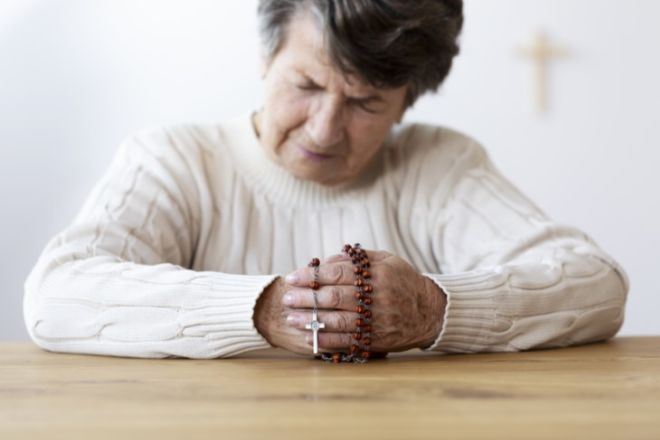 "Well, it was a very difficult time, and you took a large risk - you would have suffered terribly at their hands if the Germans had found you hiding him; I know that God, in his wisdom and mercy, will balance the good and the evil, and judge you kindly." said the priest.
"Thank you so much, Father," said the old woman, relieved. "That's a load off of my mind. Can I ask one more question?"
"Of course, my child," said the priest.
"Do I need to tell him that the war is over?"

Return to “Other Jokes”